The crux of Ferguson, Missouri’s problem A Christian Strategy 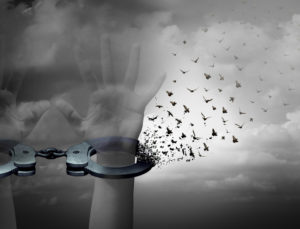 To forgive is not to forget, but to remember and let it go.

Sometimes it’s hard to know the difference between intentional evil and human error. Other times it’s quite obvious.

Proverbs 25:22 says, “If your enemy is hungry, feed him; if he is thirsty, give him something to drink. In doing this, you will heap burning coals on his head.”

We’re not called upon to forget. A long memory serves one well as we chart our course in life. It’s one of many skills man was given to survive. And if we forget, what value is there in divinely inspired forgiveness?

Still, rarely does one’s enemy come knocking for food or drink, and rarer still is the invitation to even communicate after committing the harm. Evil knows what it must do and say to commit harm, and preys on the unsuspecting, not the tried path where it’s tactics are sorely known. It is intentionally itinerant.

Memory harbors wisdom. Forgiveness aids the soul. The two inform the path of the wise and empower God’s children.