One friend can change your whole life A single journey 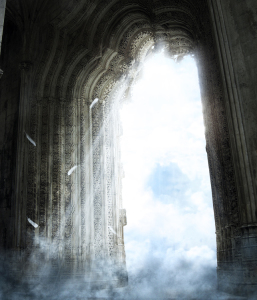 I just finished Proof of Heaven by Eden Alexander, M.D. Great read. Sort of. In addition to the questions postured by the book, there’s a lot to ponder these days with a Pope who seems bent on re-threading a church in the image of his own personal preferences rather than say, 2,000 years of tradition. Then there’s his insatiable desire to weigh in on the economics and politics of the day. First, he’s simply historically and factually inaccurate, and agreeing with a left-wing, give-the-power-to-the-state president who’s administration has assaulted Catholics from day-one is deflating. As a business owner I am trampled with similar talk from our socialist president on a routine basis; then I must endure it from my Pope.

Follow the money. It never fails. Thank God there are “many mansions,” as I prefer a room far from the dignitaries of this motley crew.

But I digress, Eben Alexander suggests that we’ve been seduced into believing that we are on the verge of the Theory of Everything. The problem is, like the bloated, super-hyped, trajectory toward Boson Higgs or the God Particle, there is no mention of the purpose of the soul or of God, the creator of Everything.

Mostly, it completely omits consciousness, the place we live 100% of our time here as earth-bound creatures, and the thing that we know the least about. This consciousness of ours is in theory, who we are. If it doesn’t exist in our brains, as Alexander the neurosurgeon suggests, then where and what is it?

Alexander is a neurosurgeon who had a near death experience. He described what he saw at great length, but also describes how the part of his brain that would have processed such an event while awake, was not physiologically functioning during his coma. It is rather fascinating to ponder what consciousness really is, physically and spiritually. Dark matter, existence, heaven and the like.

Personally, it seems so obvious to me that there is a personal God who interacts with us on a daily basis. Alexander discovers this in great detail after succumbing to a deep coma. This God of great love is not the same thing as the church I know or the one familiar to Alexander in his writings. It is a separate thing, sometimes in step with the Almighty, other times not so much.

What I am most convinced is that this church, as I love her and shudder at her thought all in the same breath, as she shape-shifts through the years, is a feeble, at times a cowardly creature, full of pageantry and sometimes more focused on the sway of her robe than the tears of her people. Still, it is never more than those you meet at its doors, and therein lies the eternal struggle.